After two titanic-sized performances from Saracens in Coventry and Leinster in Dublin, the Champions Cup finalists are confirmed, but this weekend it's all about the Premiership season that's proving to be as tight as it is unpredictable. As we plummet headlong into the end of season run-in at a thrilling pace, Ali Stokes previews the twentieth round of Gallagher Premiership action, in which a host of stars are set to return.

Thirteen months worth of lonely days rehabilitating in Farleigh House’s medical department and countless hours of grim contemplation have finally come to end for Anthony Watson this weekend.

Sport can profit the most outrageous celebrations and moments of extreme euphoria, but it can also bring low the biggest of sporting stars. The past 406 days will have fostered some of the darkest moments of Watson’s career, one thing we can be sure of is that the 25-year-old will be relieved to be looking ahead to a spot in Eddie Jones’s World Cup squad and not the mere task of reaching match fitness.

Bath currently sit one spot away from securing Champions Cup rugby next season, sitting in seventh place with an agonising one point behind sixth-placed Northampton and two from fifth-placed Wasps. Standing in front of Bath's prospects of taking a step closer to securing another year of top-flight European action is a trip to the AJ Bell tonight to tackle a full-strength Sale side; no mean feat by any measure.

Steve Diamond's men are a different animal at home, bullying Saracens last time out in Manchester. A sprinkle of hot-stepping magic from Watson well turn out to be crucial for Todd Blackadder’s men tonight; as will the return of try-scoring sensation Semesa Rokoduguni from the bench following over two months on the sidelines.

After a run of rotten luck with injuries to their fullback stocks, many an eyebrow was raised at the sight of Wallaby centre/fly-half Matt Toomua running out at fullback for Leicester over the last two domestic weekends.

Normality has been restored this week, however, with the 29-year-old soon to be Melbourne Rebels man restored to his rightful position at inside centre and a starting debut for South African mid-season signing Clayton Blommetjies.

While the man on loan from Welsh outfit the Scarlets brings some semblance of normality to Tigers’ backrow alongside England winger Jonny May and former England Sevens youngster Jordan Olowofela, he is not the Southern Hemisphere fullback filling Leicester fans with relief this week.

It is the return to fitness of the human ball of electricity that is Tongan fullback Telusa Veainu who claims this honour, set to make his first appearance in the Tigers’ 23 this weekend since last October following issues with concussion.

Leicester’s recent victory over Newcastle may have cut their chances of falling afoul of relegation in half, but the risk, however small, remains.

Veainu is one of the few Premiership stars able to virtually tie your boot laces together with a fleet-footed step or an audacious change of direction, providing moments of magic that have so often meant the difference between exultation and desolation for Leicester - and has been the prized possession of many a fantasy rugby manager - over the last four years.

A bench appearance may not be enough to significantly impact Leicester's hosting of Bristol this weekend, but Geordan Murphy will sit a little easier once Veainu steps onto the field for the first time in 182 days tomorrow afternoon.

After fielding a weakened team in defeat to Bristol a fortnight ago and their subsequent full-bodied success over Munster last Saturday, Saracens are casting an ominously darkened shadow over the Ricoh for the second time in seven days.

Aside from the absences of captain Brad Barritt, who left the field at half-time injured last weekend, and Jackson Wray, who receives a well-earned rest, the reigning Champions travel north with a side unchanged to the team that felled Munster. 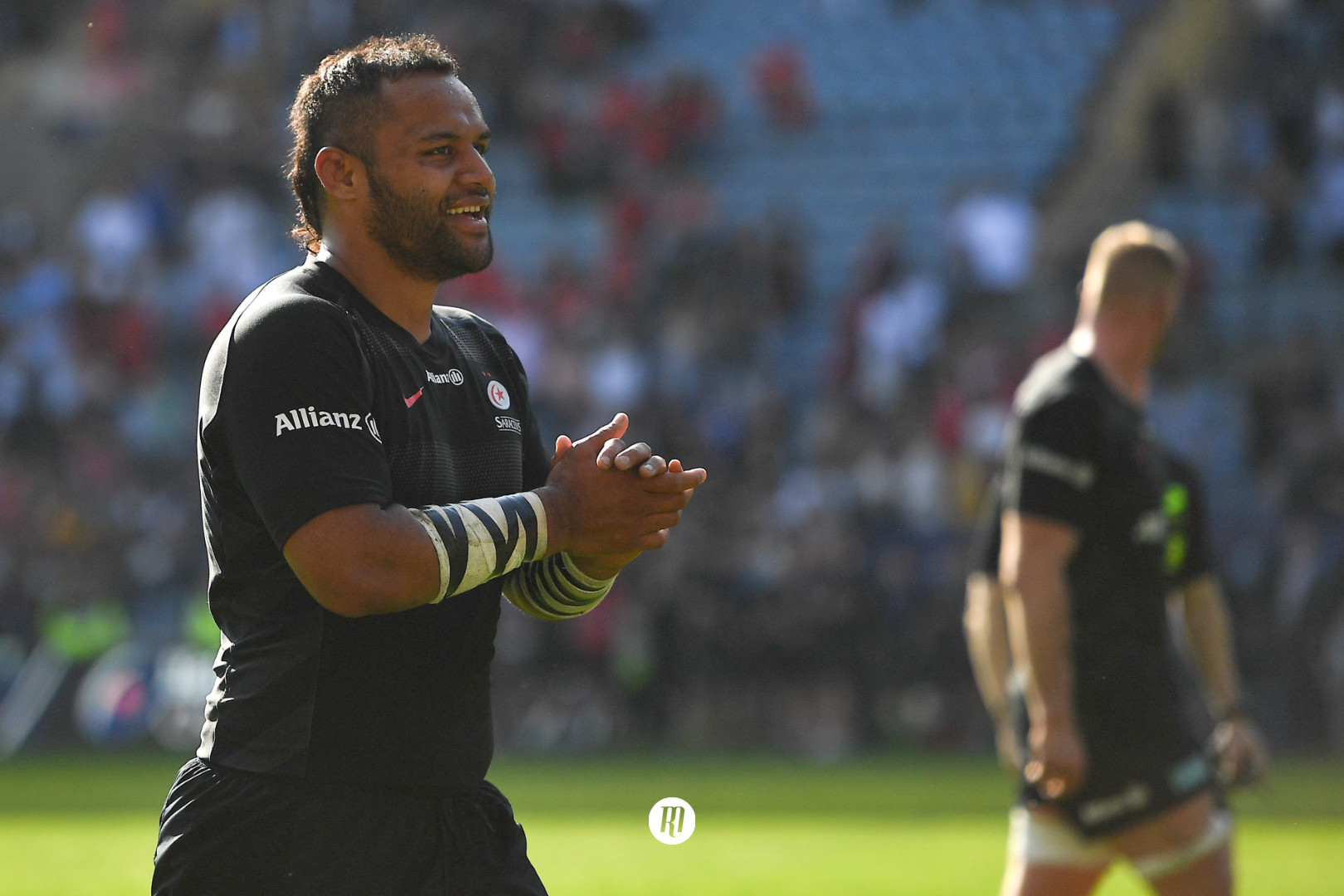 Jamie George, Maro Itoje, both Vunipola brothers, the list goes on right up to Alex Goode and Liam Williams in the back three. Truly, this is a side worthy of Test standard, and if Eddie Jones could select this team to play in the World Cup, the only question would be whether you start Ben Spencer or Richard Wigglesworth at nine.

But back reality, Mark McCall is plainly keen to strike while the iron is hot and fend off any hint, however feint, of losing out on a home Premiership semi-final to the hands of Johan Ackermann and his in-form Cherry and White charges.

While the return of Kiwi playmaker Jimmy Gopperth, named on Wasps’ bench following just shy of a year out with knee injury, is arguably the most significant indicidual player return this weekend, it’s unlikely to garner much success for the Coventry side this weekend.

Remarkably, we have yet another all-important return to fitness in the Premiership this weekend, with Jason Woodward making a welcome return to Gloucester’s bench. Donning Gloucester’s fifteen jersey in Woodward’s place in round nineteen and at Sixways on Sunday is the colossal presence of 6ft7” former Bath wing Matt Banahan who, for all his qualities, is not a man any coach would prefer to marshal his backfield in their playoff run in.

However, this is where the feel-good ‘return to fitness’ stories end this weekend. While Bath, Wasps, Leicester and Gloucester can untighten those frowns every so slightly this week, Worcester Warriors will be clenching up that little bit more this weekend.

Currently sat seven points ahead of relegation favourites Newcastle in eleventh place, Worcester are without three of their most influential players and leaders ahead of their clash with Gloucester.

Regular captain and number eight Gerrit-Jan van Velze has been ruled out since February this year and the Warriors have coped reasonably well; a feat that must be credited to the all-action Marco Mama. However, with playmaking lynchpin and leader Ryan Mills ruled out with a shoulder injury and the suspension of arguably the league’s form winger, New Zealander Bryce Heem, the Warriors hopes of further distancing themselves from the bottom of the table have been notably thinned.

Unfortunately for Alan Solomons and his Warriors, Gloucester are in fine form ahead of their trip up the M5 and Newcastle Falcons could be about to end their two-game losing streak at home to a Northampton Saints side that has shown slight, yes notable, signs of a loss of form of late.

As ever in this bizarre season, the twentieth round of Premiership action could be about to crack open hopes and fears of a number of teams.