Nine tries for Chris Boyd's Saints and a 50-point losing margin for the Sharks on the road. We extract the who, what and why. 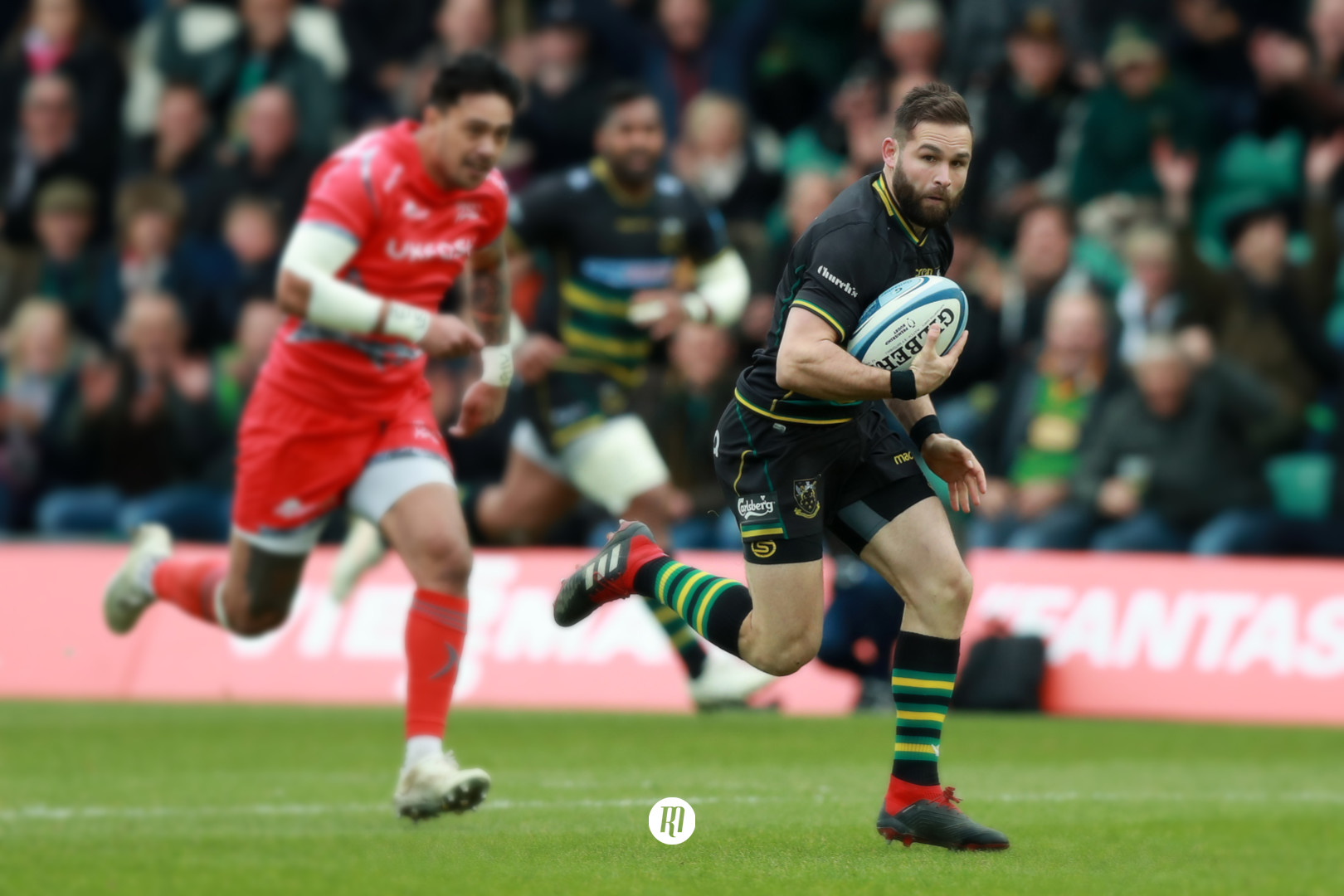 It was a day to forget for Sale Sharks players and fans alike today, going down 67-17 to a cogent-looking Northampton Saints outfit on home soil backed by a Franklin's Gardens crowd in full voice. Chris Boyd's men claimed nine tries in their thirteenth round Premiership victory despite seeing Wales and British and Irish Lion fly-half Dan Biggar leave the field within the first 20 minutes after aggravating a knee issue sustained during Wales' victory over Italy seven days earlier.

The Gardens' favourite South African and free-scoring scrum-half Cobus Reinach crossed for two tries before being forced from the field in the second half with a head knock. Scores for captain and Man Of The Match Tom Wood, Ahsee Tuala, Taqele Naiyaravoro, George Furbank, Rory Hutchinson and a brace for substitute winger Tom Collins were added to the the hime side's effort to well and truly put the visitors to the sword, with Diamond's travelling School falling off tackles and missing key opportunities in the first-half, failing to either create their own momentum or prevent Saints from achieving their own alarming rate.

Despite the scoreline, Sale were able to create ample opportunities before heads began to drop during the final 30 minutes, but a failure to record a clinical edge, both in defence and attack, proved their downfall.

A prime example of which came in just the 21st minute when Scottish international winger Byron McGuigan failing to execute a guaranteed try-scoring opportunity. After Sale's backline had spread the ball to outside centre James O'Connor, the Wallaby managed to draw two Saints defenders and shift the ball to McGuigan a second before taking contact, opening up a chasm of space in Northampton's midfield for McGuigan to storm into.

With two Springboks flanking him in support, centre Rohan Janse van Rensburg and scrum-half Faf de Klerk, and only one defender to beat, McGuigan called for van Rensburg to cut inside, allowing the defender to remain on his current line and tackle the hulking South African. A frustrating moment early on for Steve Diamond and his fellow coaches when a simple pop pass to either of van Rensburg or de Klerk on their original lines would surely have seen Sale claim their first try and bring the score to 20-10.

A penalty try for repeated infringements at the maul by Saints and one acrobatic finish from England winger Denny Solomona were the only points to be added to AJ MacGinty's ninth-minute penalty and Sale's final 17-point haul.

A desperate result for the Sharks. But a hike in energy and accuracy in front of a home crowd could easily see the Manchester-based side return to pre-Six Nations form.

Under the management of Boyd and the attacking direction of former Worcester Warriors coach Sam Vesty, Northampton are up and running again after dropping down the table following their 2014 Premiership title, with a host of impressive youngsters leading the way.

After Biggar's 19th minute departure, 22-year-old fullback George Furbank stepped in at fly-half to fill the gap left by the 67 cap Welshman. Furbank proved up to the task and while a knock-on handed Sale the field position that would lead to Solomona's eventual score, he was concise in organising the Saints' attack and more than capable in the contact area, despite standing at just 6ft and 85kg.

The home side's scores are too great in number to pick apart one by one and it's difficult to put any one of the Saints' stunning scores above the remaining eight, but it seems clear that the Midlands side has fully bought into Boyd's and Vesty's gameplan; with great success. While the sluggishness of Sale's defensive effort stood as a significant factor in their 50-point winning margin, this side can pose a serious threat to the top four this Premiership season.

Speaking shortly after his side's victory, Wood confirmed that Saints fully believe they have what it takes to contest with the likes of Saracens, Exeter Gloucester and Harlequins in the top four. He said: "We want to be competing. We want to fight hard for that top four spot."

He continued: "We're giving it everything and hoping we can force our way into that top four and from there, anything can happen."

Form can be a fickle thing in the Gallagher Premiership and Saints face a serious challenge in ousting any of Gloucester, Wasps or Harlequins behind leage leaders Exeter and Saracens. But, Boyd seems to have brought the Hurricanes' Super Rugby form with him this season and there is every chance they could prove reslinent enough to continue their current path to a semi-final this May. 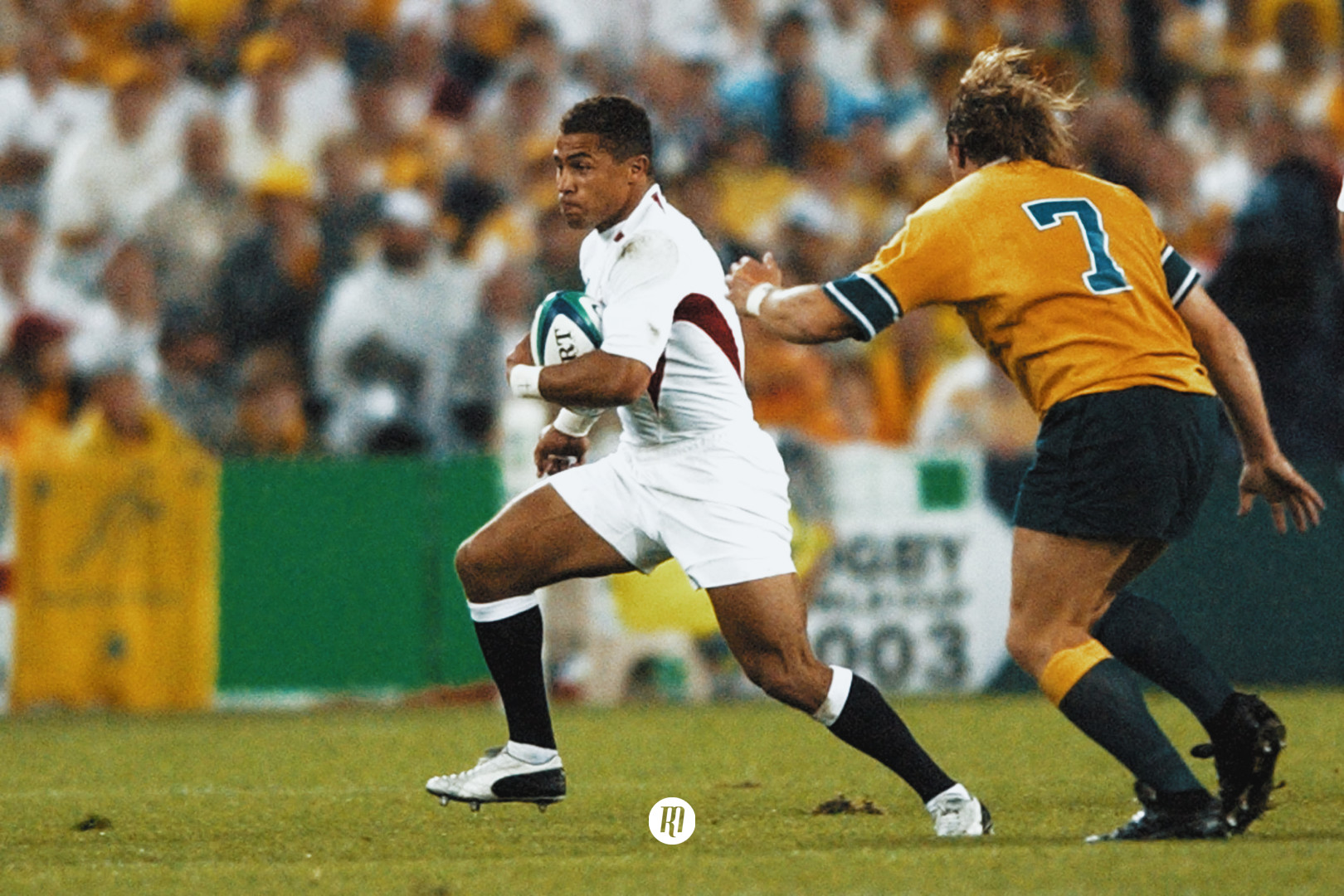