Sport can be a fickle business, one moment you’re the name on every fan’s lips, the next the spotlight has shifted onto a shiny new topic; despite the fact that you’re still performing as well as the moment you became the hottest topic. The latest man to draw the attention of the masses is Northampton Saints centre Rory Hutchinson, who, since the tragic injury-enforced retirement of Wallaby midfielder Rob Horne, has become one of Northampton’s top performers and a neutral's favourite.

Some debate has been held over whether the 23-year-old would endeavour to represent his country of birth, England, or the age-grade side in which he currently holds the record for u20 appearances, Scotland. Speaking to The Rugby Magazine earlier this week, Hutchinson left no doubt surrounding his Test ambitions.

“I don’t know where I’d be right now if it wasn’t for Scottish Exiles and U18s, U20s,” Hutchinson said. “I played a lot of my rugby at age group with Scotland when I wasn’t getting too much game time here [England]. So yeah, my ambitions are to play for Scotland.”

Hutchinson also revealed that Scotland Head Coach Gregor Townsend had been in touch regarding full international recognition, commenting that “it’s nice to get that recognition” but that there were still plenty to work on within his defensive game before a Test debut in the navy blue could become reality.

“I think the game just steps up to the next level [with international rugby]," he said. "Defensively I could probably work on a few things, whether it be that low chop tackle or my defensive reads. It’s coming, I’m trying to work as hard as I can off the field.”

For now, the Cambridge-born centre is enjoying the expansive style of play currently being employed at Franklin’s Gardens under the summer arrivals of head coach Chris Boyd and attack coach Sam Vesty. Under this new coaching pairing, the Saints have gone from pre-season relegation contenders to potential semi-finalists, sitting just nine points off fourth-placed Harlequins in the league table.

Praising Boyd's and Vesty's brand of rugby, Hutchinson said: “I really enjoy their style of play. We play quite an expansive style of game and it seems to be working quite well for us at the moment, so they’ve been massive coming in this year.

“I’m really enjoying our style of play, getting the ball wide to our wingers in Big T [19 stone Australian international Taqele Naiyaravoro] and Tom Collins, they’re so dangerous; as we saw on the weekend.”

Playing predominantly at outside centre for the Saints, Hutchinson feels equally as comfortable playing one position inside in the twelve jersey, admitting that he has modelled parts of his game after current England captain Owen Farrell when the Saracens man was plying his trade in the national side’s midfield.

“I watch quite a lot of Super Rugby, I like their expansive game." He said. "But you know, the likes of Owen Farrell with England, he did a great job for them at twelve for them with distributing. So he’s someone to look up to.”

But Farrell is not the only international fly-half Hutchinson has been learning off this season. Following the arrival of Welsh international and Farrell’s British and Irish Lions teammate Dan Biggar over the summer, paying close attention to the 70-times Test veteran both on the training paddock and Premiership battle grounds.

Heaping praise upon the former Ospreys man, Hutchinson said. “He’s been a great role model for the young guys. But the great thing about him is he doesn’t try to do too much of other people’s jobs. He has that faith in us that we can do it, and he sticks hard on concentrating on his own game.

“But he’s a world class player at the end of the day, and it’s great to be able to learn off him and play with him. Multiple caps for Wales, a Lions tour, he knows his stuff and his information is easily passed on to us.”

There is something of a young Henry Slade about Hutchinson within the Northampton backline, using his identification of space and athleticism to cut holes in an opposition’s defence. A trait Slade, now England’s first-choice outside centre, first rose to fame for before adding the physical edge fans will have witnessed during the latest November internationals and Six Nations campaigns.

A comparison Vesty himself agreed with when asked for his thoughts on Hutchinson’s brand of rugby, a brand he firmly believes suits Northampton’s new way of playing down to the ground.

“Rory’s a really laid back individual whose strength lies in the ability to see where the space is,” Vesty said. “and he has the skills to move the ball there as well. I’d just describe him as a footballer more than anything else, I couldn’t heap more praise on him then saying that.”

"I think all players should aspire to be able to do what he [Hutchinson] can do, and what Furbs [George Furbank] can do and those guys that can move the ball and see where the space is.

It seems any hopes England fans, and potentially coaches, harboured of seeing Hutchinson go on to compete with Slade as England’s smooth operator at outside centre have been dashed following Hutchinson’s pledge to remain within the Scottish international pathway.

But Saints fans and Premiership viewers as a whole will be able to continue to enjoy the midfielder’s role in a resurgent Northampton side. Alongside the electrifyingly exciting talent of James Grayson, Alex Mitchell, Fraser Dingwall, George Furbank, Tom Collins, Ollie Sleightholme and Harry Mallinder, Northampton could well be set for an almost entirely home-grown, expansive playing backline under the guidance of Boyd, Vesty and the rest of the Saints coaching staff. 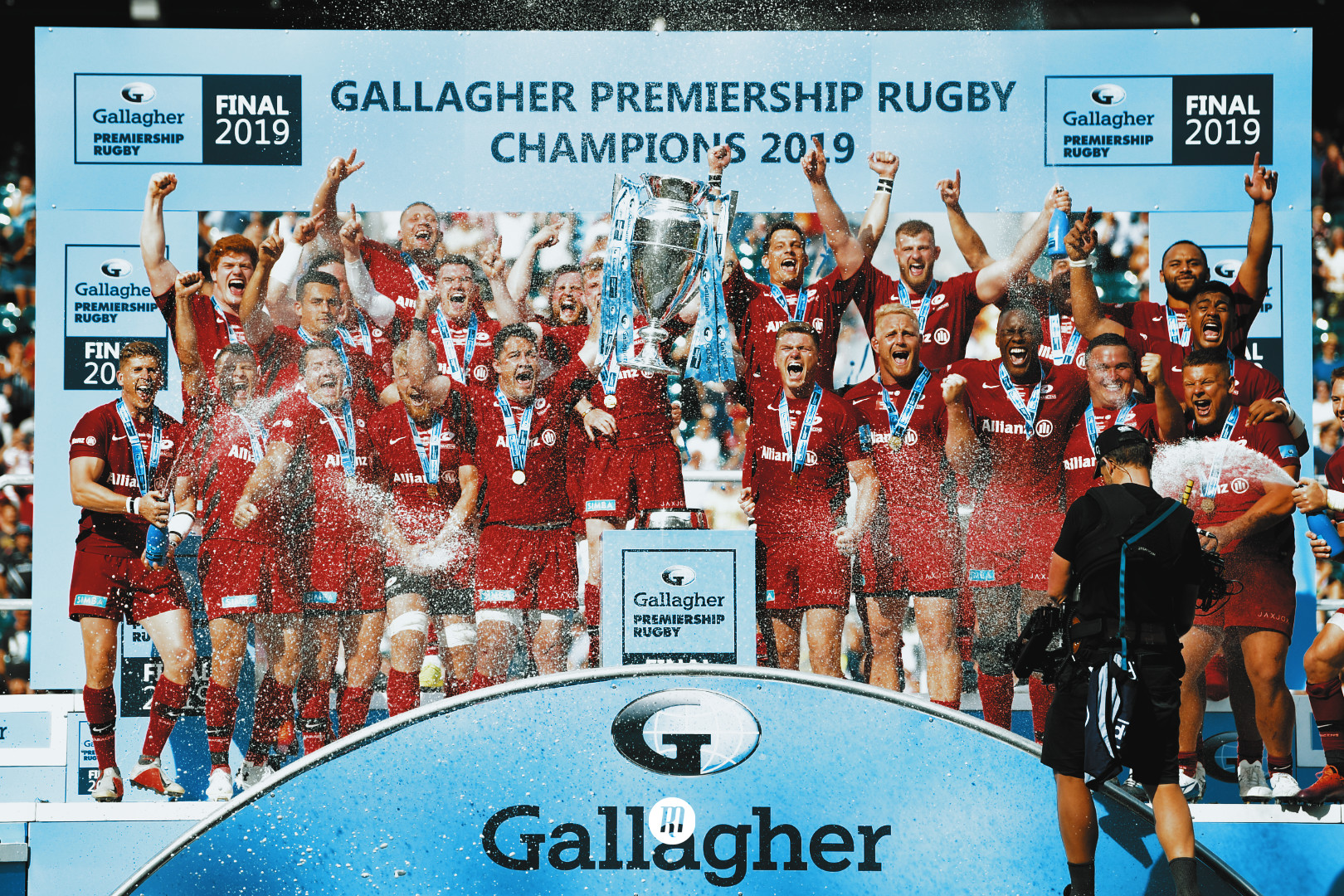