Don't let the Six Nations fool you, Scotland could be semi-final contenders in Japan

Scotland's Six Nations campaign hay have fallen well short of the mark this year, but Gregor Townsend's men could be semi-final contenders in Japan. Underestimate them at your peril. 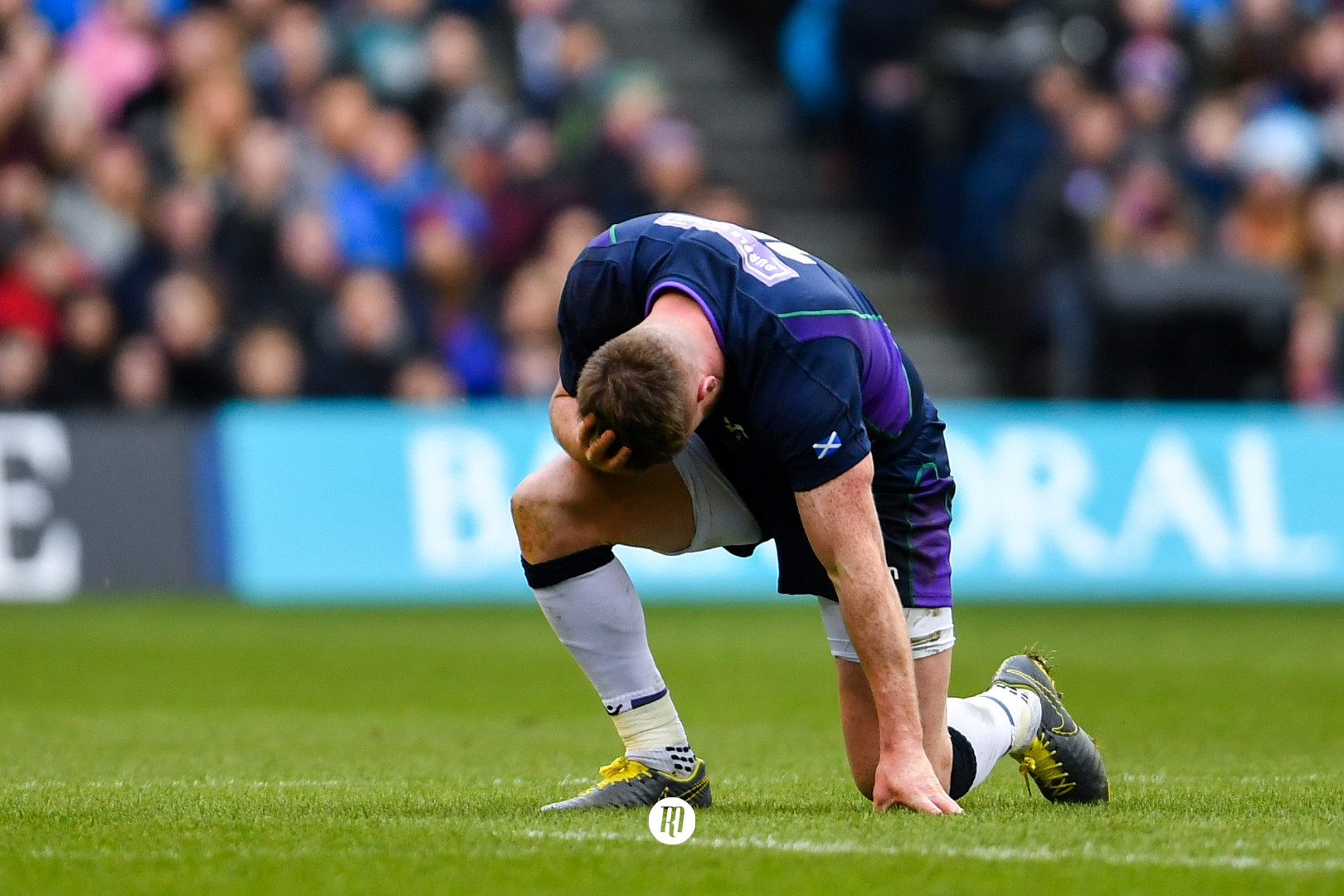 Ahead of the penultimate major rugby event in the Northern Hemisphere ahead of the much-talked-about World Cup in Japan in September, I backed Gregor Townsend's Scotland to go from strength to strength. After felling both Wales and Ireland at Murrayfield and standing on the receiving end of a Twickenham thrashing in 2017, subsequently falling to pieces at the Principality in 2018 and going on to put the Auld Enemy to the sword in Edinburgh, I thought the Scots were ready to take the next step up.

Unfortunately for Scotland and my own pre-tournament predictions, injuries hit. Imagine being lined up in defence by gargantuan Springbok lock Eben Etzebeth. Imagine this 6ft8" 123kg giant of the national game sending you into next week just after you oh so graciously opened up your ribs reaching for a classic hospital pass sent in your general direction by an out of position prop. That's how Scotland's injury list must have felt at times this year; although it must be said, they recovered as excellently as anyone could have expected.

An initial crisis saw a theoretically well-stocked backrow stripped down to the bare bones. With former captain John Barclay, Glasgow skipper Ryan Wilson and star openside - from whom a large portion of Scotland's gain line comes from - Hamish Watson absent. Not to mention the likes of Cornell du Preez, Dave Denton, Blade Thomson, Matt Fagerson, Luke Hamilton and, after round one, lock-come blindside Sam Skinner.

Add in the injury-enforced rotating door at prop over the last two years and Finn Russell's concussion-related absence against Ireland, Scotland's quest for consistency has been met with turbulent seas and unfavourable winds, despite being in such tantalisingly close proximity. This hunt for rugby's equivalent of Moby Dick has left Scotland sailing in a 30-foot Whaleboats, paling in comparison to the capacity of Ireland's, Wales' and England's 100ft Whale Ships.

To Scotland's credit, their performances have been far from poor. The fairest label you could attach to the reigning Five Nations Champions is a one displaying the word 'gallant'. As voiced by Sale Sharks and Scotland number eight Josh Strauss to BBC Scotland, the men in navy blue are just about done with finishing games in narrow defeat. And given a run of luck with injuries and the chance to gain some momentum, they could go as far as a World Cup semi-final in Japan.

As long as Scotland can get together 95% of their first-choice 31-man squad to travel to Japan, they will be a fierce prospect for Ireland and South Africa; the two sides most likely to stand between Townsend's charges and a semi-final. Furthermore, a side well known to them, Wales, could be their opposition in said semi-final. On neutral ground and with the advantage of Ireland's recent drop in form and their history of succumbing to the pressures of their World Cup hoodoo, it is far from inconceivable that Scotland could top pool A and leave Ireland to settle for second best in show, with the prospect of facing New Zealand in their own quarter-final.

Scotland would then go on to face the second-best side from pool B, a group that will almost certainly finish with the All Blacks claiming top spot and the Springboks coming in second ahead of Italy. With South African rugby still in recovery from a disastrous run under former head coach Allister Coetzee, it is once again not inconceivable that a Scotland side with 90% of its team still fit could see out a win in a neutral venue.

A victory over Rassie Erasmus's men would then take Scotland to a semi-final against one of Wales, Australia, England, France or Argentina. With the rigours of five World Cup matches and the prospect of facing one of the aforementioned, top-performing opposition, this is where Scotland's hopes begin to falter; but never say never.

Scotland's current injury crisis has caused absolute mayhem for their game plan and any hope of building a platform for the likes of Finn Russell and Stuart Hogg to build upon; an additional kick in the teeth this week with Hogg, Blair Kinghorn and Tommy Seymour ruled out of their trip to Twickenham. But, as their propping stocks were tested and unwillingly fortified in 2018, their depth within the backrow, centres and back three have been tested in 2019 and will surely pay dividends when Townsend has the majority of his side fit and available.

A Scottish win at Twickenham seems unlikely this weekend, and a hefty English win looks to be on the cards following a fine run of form for Eddie Jones' charges following the return of powerhouse duo Billy Vunipola and Manu Tuilagi, amongst others. But, don't let Scotland's Six Nations results fool you, they could go far in Japan, emulating their impressive run in 2015 when all but an incorrect decision from referee Craig Joubert that all but handed Australia a nail-biting 35-34 victory in the most recent bouts of World Cup quarter-finals, denying the Scottish their first semi-final appearance since 1991. Underestimating the Scottish would be a fool's errand and one that Joe Schmidt and Erasmus must drill into their respective squads later this year.