The flower of Scotland is ripe for harvest, this cannot be another failed crop

The flower of Scotland is ripe and ready for harvest. For too long we have described Scotland as an improving nation, with the talent at his disposal, Gregor Townsend has to find a way to get this side from plucky underdogs to serious competition. 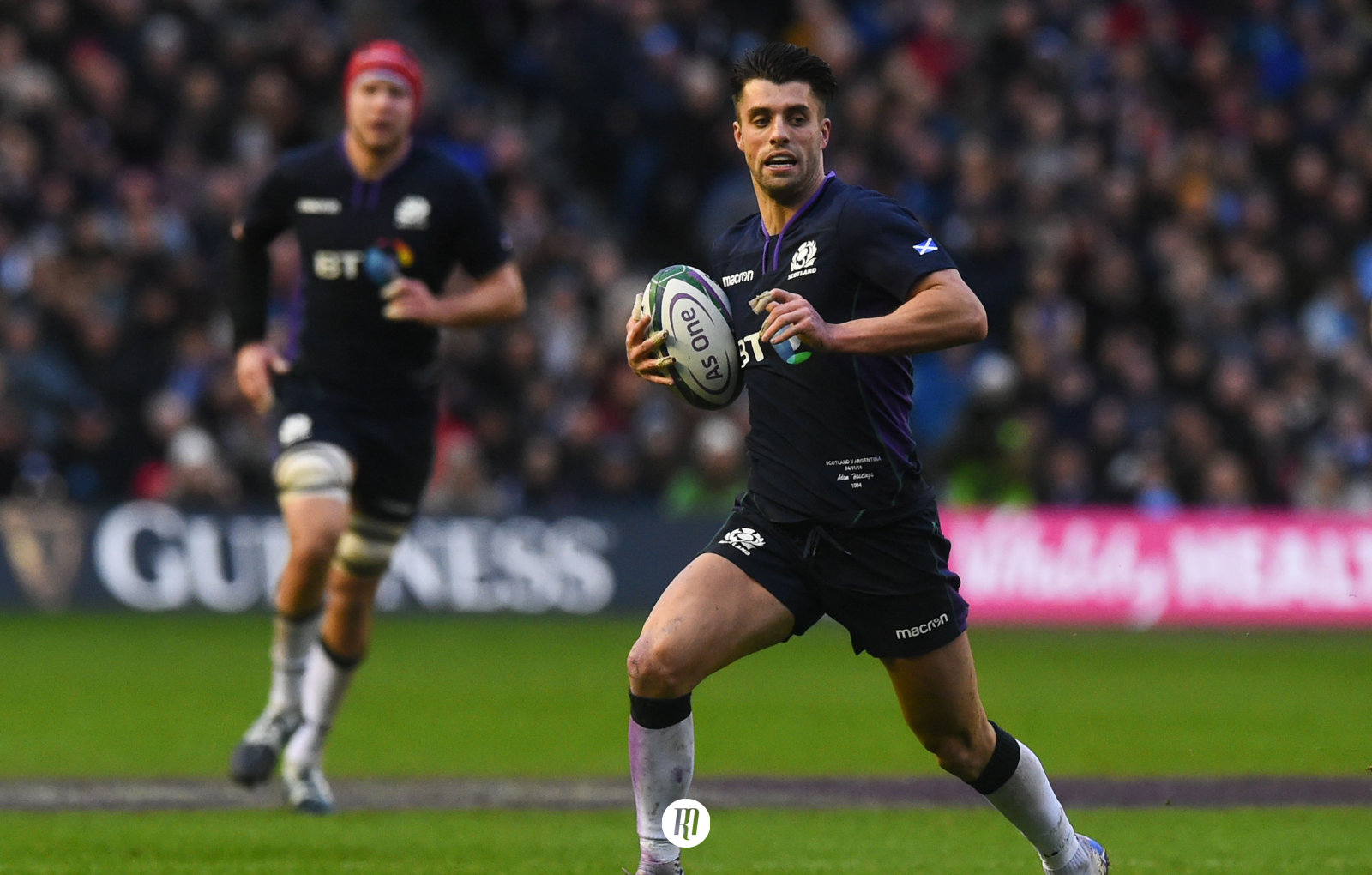 The flower of Scotland is ripe and ready for harvest. For too long we have described Scotland as an improving nation, with the talent at his disposal, Gregor Townsend has to find a way to get this side from plucky underdogs to serious competition.

The autumn series of 2017 felt like it was their moment. Dispatching of Australia in a way no Scotland team has ever achieved prior, running the All Blacks as close as Ireland but just falling short. Scotland should have gone into 2018 feeling indestructible. Winning both their home games, including the glorious scalp of England, would have felt like real tangible progress, had it not been the manner of defeat in Cardiff and Dublin. We can't be too critical, this is a nation who as little as three years ago finished bottom with no wins, but this squad has transformed, has one of the biggest attacking weapons on the planet in Hogg, world class finishers in Maitland and Huw Jones, Finn Russell developing his game in France, and with the experience of Ross Ford, David Denton and Fraser Brown, it is time the flower of Scotland blossoms and bears fruit, rather than another wilted failed crop.

November was a sadly predictable month for Scottish rugby. The side continues to 'grow', but how much longer does the rugby world give the team the credit for punching above their weight, rather than assess on the true credentials of the squad? Scotland has a wonderfully talented pool of players. November 2018 presented so many wonderful opportunities to assess themselves. First, Wales in Cardiff. A repeat of the demolition job they received in February, or a revenge mission to put Scotland back on the map. South Africa at home, a metric against how far this team has travelled since the humbling defeat at St James park at RWC2015, and finally, Argentina and Fiji, two sides at a similar level, teams Scotland need to put away at home regularly to distinguish themselves ahead of the chasing pack they desperately want to outgrow.

Sadly, Wales produced another solid performance that the Scots couldn't live with. An improved score line, but still a defeat, and a comprehensive one. Credit where it's due, this was a weakened team and they did have a go, Hamish Watson producing 14 tackles on the night, carrying well along with young stand in full back Blair Kinghorn, both of these players will have a big 2019 season given the opportunity.

Next was a much-needed immense performance to blast Fiji aside. Scotland have toiled with nations on the level of the Fijians without cutting clear for the last decade, to score over 50 points and remain largely untroubled is great credit to the side. Scotland ran riot, five different try scorers and a Tommy Seymour hat trick is exactly what is required against Tier 2 nations at home. Finn Russell, Sam Skinner and Pete Horne were the trio, along with Seymour, that constantly put Fiji in tight spots, and those four will undoubtedly be major players in the year ahead. That said, with no disrespect to Fiji intended, this is what Scotland need to do. The result looks even greater when you consider Fiji followed this defeat with a victory against France on French soil. Job well done then, but the second part of the equation is triumphing over Tier 1 nations at home, apart from the victory over England back in February, this is where the Scots are falling short.

Personified by the next encounter. A tough loss at home to South Africa, a team on the up after a tough few years in the South Hemisphere wilderness, this was still an opportunity for Scotland to stamp their credentials, back up the smooth and exciting toppling of the Fijians. Instead, defeat. On the one hand, 20-26 is still a one score game, Peter Horne and Hamish Watson again excelled in attack with a try a piece and 20 tackles between them, but on the other hand, it's another loss against top opposition. It's a recurring theme, and it's one that Gregor Townsend has to find an answer too.

It seemed to end positively, at least. Victory over Argentina, a side who should be improving after introduction to the Rugby Championship, but find themselves in a decline. Maitland and Townsend working to cancel out the boot of Sanchez in a solid display of guts. Hamish Watson again leading the way with 20 tackles, Jonny Gray closely followed with 19, and not one missed between them. Elements of the Scottish game are excellent, in fact, as good as most international sides, but a stench of inconsistency still runs through the Edinburgh air and that is the key to this side moving forward in 2019.

Despite the negative tone, Scotland do have an enormous amount to be happy about. This team is light-years ahead of the previous decade, young stars are staring to come through and make an impression, a host of world class players currently strip up in the blue and white, and in the last 20 months, Scotland have wins over England, Ireland, Wales, Australia, France and Argentina. It's just about putting it all together now.

Players on the periphery such as Chris Harris and Henry Prygos offer great options and dependability if selected, whilst Blair Kinghorn and Adam Hastings offer a taste of potentially what is to come. All of the pieces of the jigsaw are there, in the box, ready to be assembled, just finding the right fit fit for all of the parts is all that is left to get this team as recognised and threatening as Wales, France, and dare I say it, England?

Scotland can go far in 2019, home games against Italy, Ireland and Wales will be the true test of how far this team has travelled. In 2017 with the same set of fixtures, Scotland won all three, it's plausible that feat can be repeated. France on the road isn't as daunting as it once was, the last four times Scotland have faced France away from home, they have fallen to defeat, but never by more than 7 points. If Scotland have improved as much as they keep flirting with us and suggesting they have, France continuing to stutter, defeated by the Fijians Scotland so easily dispatched, is it really that difficult to see a Scotland triumph in Paris? All of a sudden, Scotland could realistically be on the brink, even a loss at Twickenham could be afforded, not that that's anywhere near a guarantee, and a 6 Nations could title could head North for the first time in history, after the Scots took the last ever 5 Nations in 1999.

There's a lot to be positive about if you’re a fan of Scotland team, but also a lot to be frustrated about. This team should be better, it can be better, and with so many players hitting their peak heading into a World Cup year, this is the perfect time for the flower of Scotland to bloom, and the biggest opportunity for this most complete group Scottish rugby has had in two decades, to deliver something nobody thought they could. 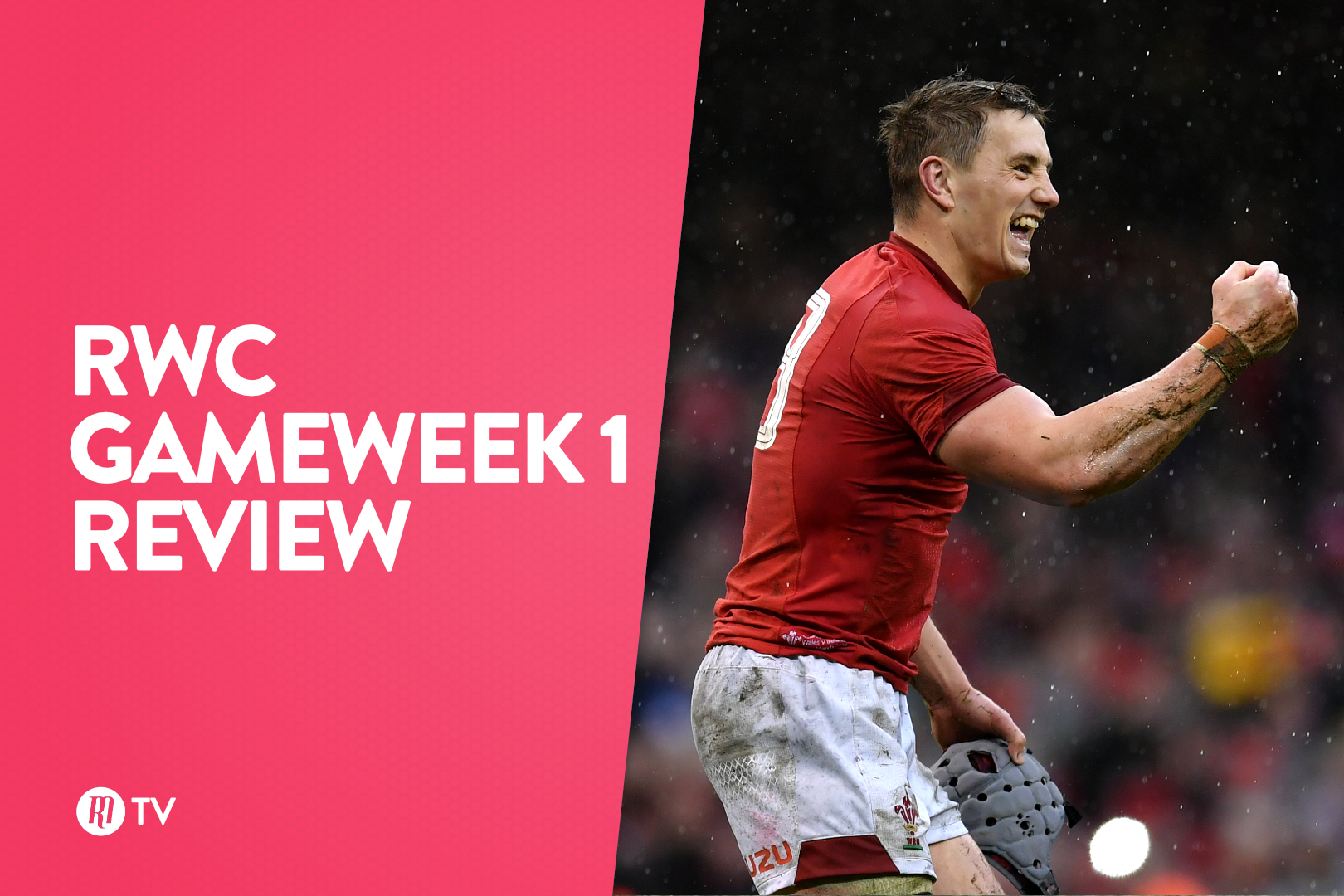 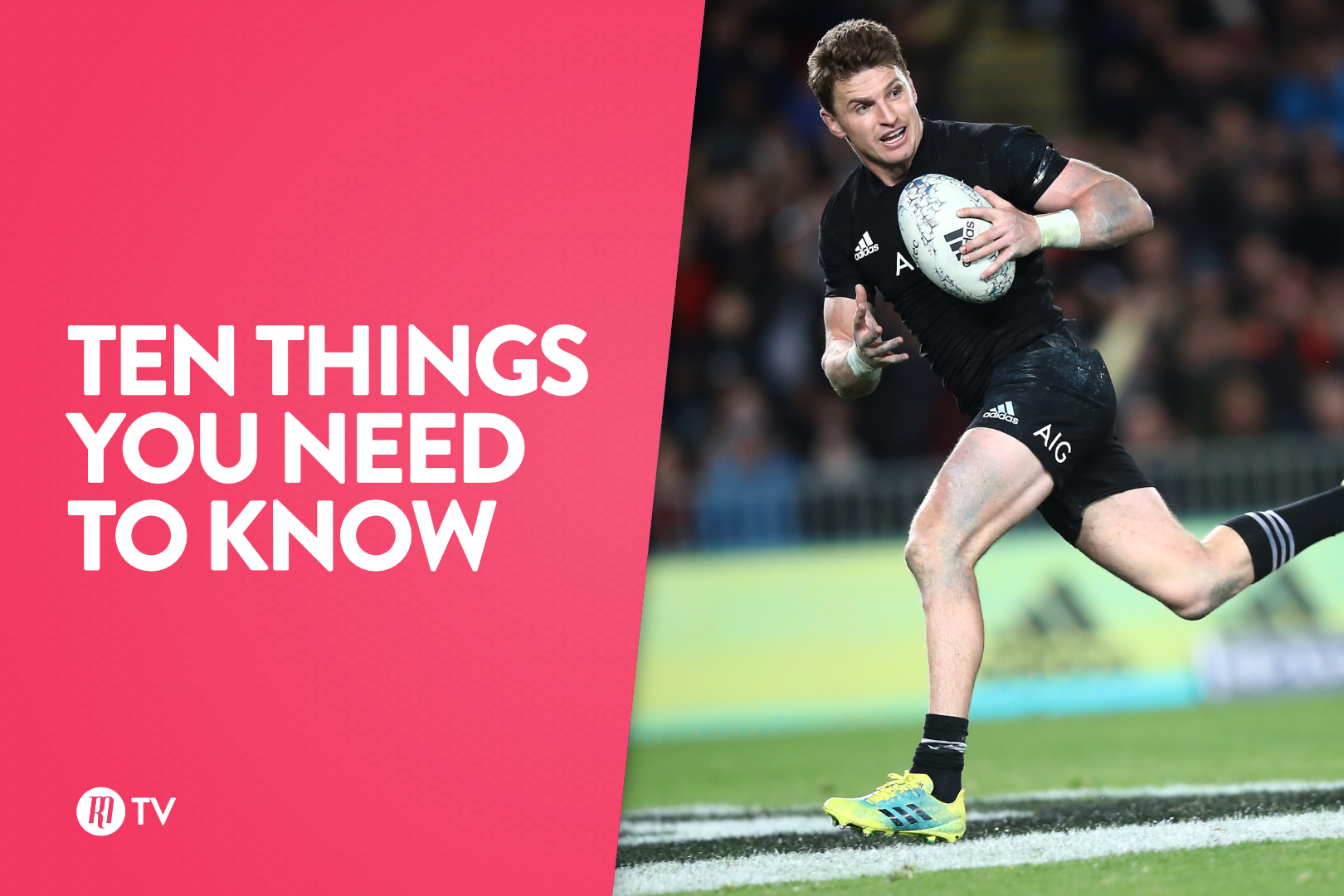 Ten Things You Need To Know 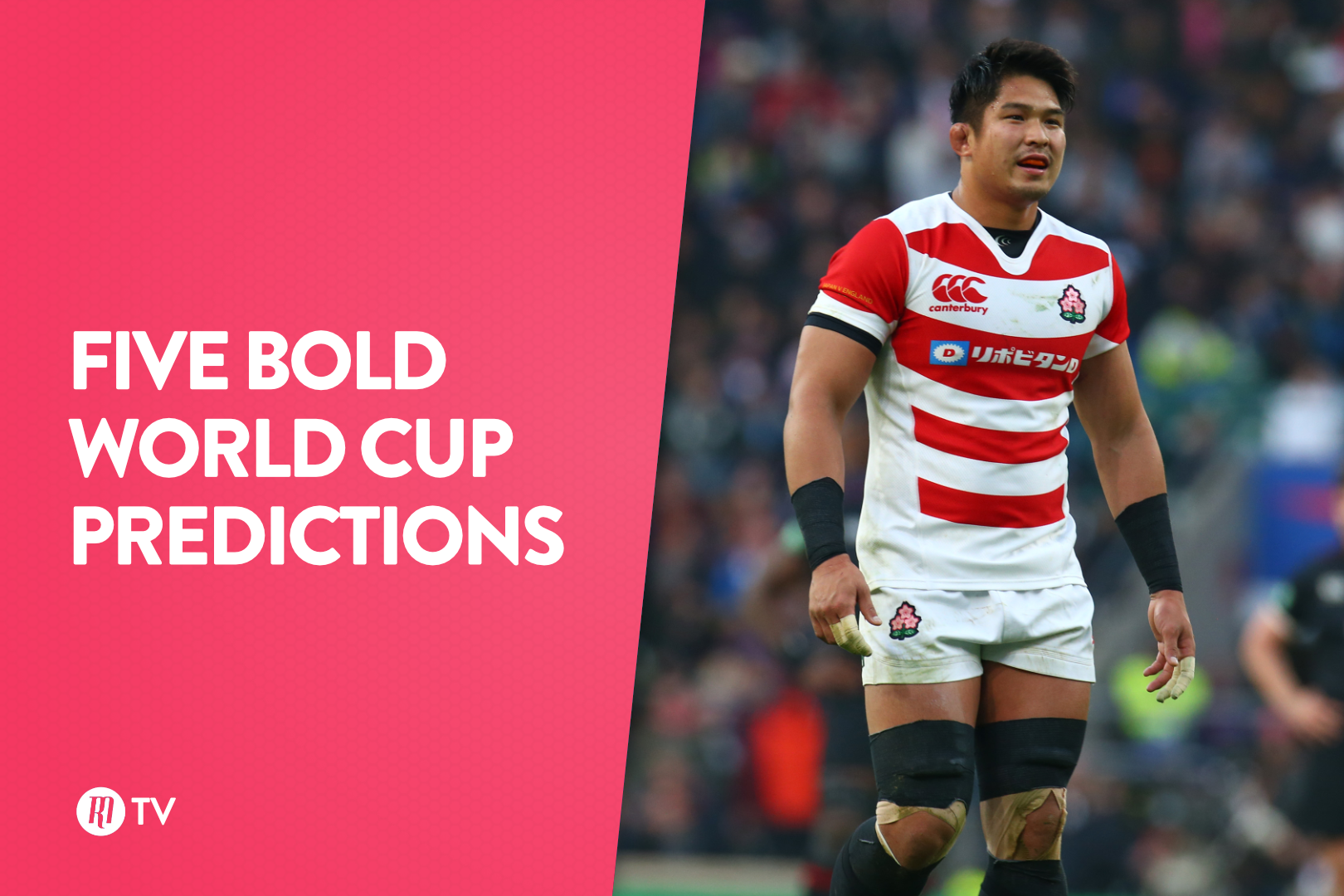 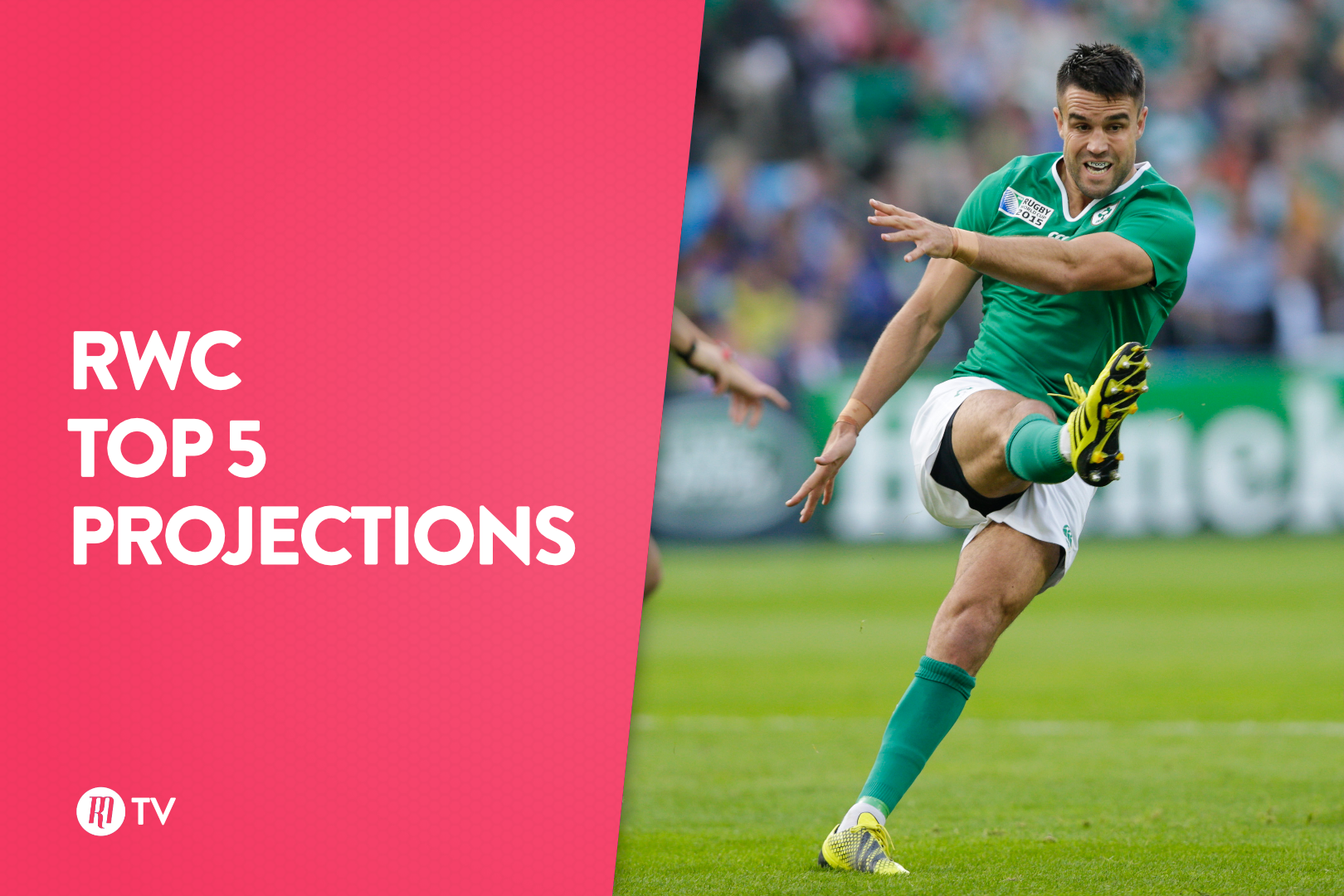